This story gets funner and funner to write. I was almost planning to end it on this story. It didn't happen there is just too much to explain. This blogbattlers monthly prompt is clone. Not a good word for me, but I made it work. 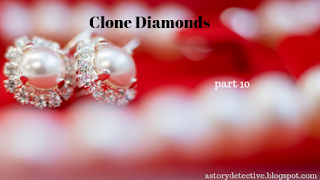 Want more? Or forgot? Catch up!

Lane looked wide eyed at Heinz . “Out of bullets?”

Another blast of gunfire echoed from below and pulverized the side of Heinz’s flat. Mrs. Hardy was not going to be pleased.

“What are we going to do?” Lane shouted over the noise.

“We are going to move,” Heinz said. He slid across the floor and away from the windows. Swiftly he grabbed his net, and shouted to the boys. “Get out of the bathroom, we are leaving.”

They slipped out going low like Heinz. They grabbed a few glass bottles from the table. Heinz directed them to his bedroom. “Lane come on.”

Lane crawled away from the pelted windows noticing that the sirens were getting closer. The police would take care of the gangsters. Once he was in Heinz’s room Lane shut the door and the detective opened a window and threw his net out. “Not another window,” Lane grumbled under his breath.

“Alright onto the fire escape.”

Lane sighed in relief. The boys slipped out onto the medal ladder. Everyone quickly left the flat and were soon on the ground. Gunfire echoed off around the corner and sirens blared.

Heinz hailed a taxicab and they all got in. “Diver, straight to the Gala.”

The cab hurried through the streets. As it rushed by houses and other cars and cabs, Lane couldn’t help wonder about the mystery he and Heinz had stumbled upon. It started out with Hank Wilson, now it was much deeper, Lane wasn't sure what would come of it all.

“Drive around back,” Heinz told the driver.

Lane opened his mouth to say something, but they were already stopping. The two boys got out, Heinz followed. “Okay, you know what to do, get to it, and don’t get caught.” Sam and Lester, both holding glass jars with purple liquid, nodded.

Heinz turned to his assistant. “Aren’t you coming?” With that he strolled off. Lane had no choice but to follow him, while the boys took off in the other direction.

The Gala loomed over them, casting a long shadow across the alley. The sun was sinking low in the sky. It was not long before the party at the Gala, would be starting. Lane had a feeling the evening wasn’t going to go as planned. He wasn't sure if he was going crazy or if something was starting to fit together. He just hoped he wouldn’t be in pieces by the end of the night.

Heinz came to a side door; pushing it open, they found themselves in the kitchen.  Apron clad ladies and chiefs bustled about, food was being cooked and prepared. The detective and his assistant slipped by them. Once they had left the room. Heinz stopped. “Here Lane, take this.” He handed him a pistol. “You might need it later.”

Lane took the pistol dreading Heinz’s plan. But he didn’t have much time to think about it. Heinz was on the move again. They soon were up stairs; a few turns lead them to the rafters. “What is this about, Heinz?” Lane asked in frustration.

“All in good time. Wait here.”

The detective left him, giving Lane no time to argue. Lane waited. And waited. When he heard music start up below he began to get edgy. He was surprised he could hear it so well from up here. Lane got closer to the middle and found small holes in the flooring, which was really the ceiling for the Gala. He looked through one of them and found himself looking down at the party. A chandelier was right below the hole.

He noticed many police officers and other finely dressed ladies and gentlemen. He also spied the tables of food… and something else. Was it?… yes, jewels. No longer in crates but in glass vases out for display. Wait there was Sam and Lester. What were they doing?

A hand on his shoulder startled him. “Ah.”

“Where have you been?”

Heinz and Lane filled their view with the sight below. Couples dancing; the orchestra playing. Lane spotted Chief Carmouthe. Heinz pointed. “Look who is just arriving.”

Lane looked over to the doors. Clay Emerson had just stepped into the room. He was now in a fancy brown suit, his hair slicked down, carrying a cane. He looked around before walking into the midst of people.

Lane felt tense and he gripped the gun without realizing it. His eyes drifted to Heinz. The detective was looking at something else now. Lane followed his gaze. Strangely enough Sam and Lester were pouring the purple goo into the vases with the diamonds. Lane opened his mouth then closed it again. No way could Heinz explain this.

The music quilted down and Lane looked to see the Chief of Police standing on a platform. “Ladies and gentlemen and officers, tonight is a special night...” Lane’s attention diverted. Clay was making his way to the back of the crowd. What was he doing?

“It’s time to move Lane, Clay will soon be noticing the problem and we want to catch him.”

Heinz didn’t let Lane see his worried features, things could go in any direction now. He just hoped the plan would work.

Sam and Lester finished pouring the purple stuff into the glass vases full of identical, clone like diamonds and quickly hid from view. Sam noticed a guy in a brown suit who was familiar to him.

Heinz and Lane made their way down from the rafters. Lane gripped the gun in his coat pocket. At the bottom of the steps Heinz turned to him. “Stay here, and stop anyone who tries to get past you.”

“Anyone.” With that Heinz left him.

Lane shook his head, he wasn’t going to stand there. He was tired of listening to Heinz. Lane looked both ways and went toward the kitchen. He stepped into the kitchen just in time to see two men in black and another fellow come in.

Lane swiftly stepped back behind a stack of barrels. They passed, without seeing him, making their way to the party. Lane had a bad feeling about those three. Not listening to the detective might have been a bad idea.

Who just walked through the door?
What will Lane do? Will the bad guys succeed? Or will Heinz stop them?
Tell me what you think!
at October 27, 2019 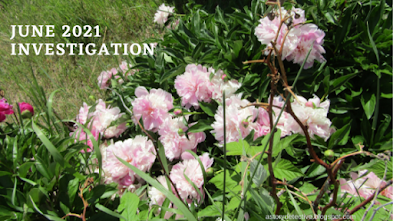